Lori was experimenting with an air-dry clay craft she could work on with the grand-kids. Everything went smoothly with the colorfully-painted cupped hand until Lori tried to pack it up. A finger broke off and Lori tried to repair it with glue and a band aid.  Unfortunately the glue didn’t take and the finger fell off.  It did so in a revealing way.

The resulting gesture created with the failed repair made the piece more, um, Lori-esque. More than likely she herself made the same gesture when she discovered the flawed repair.  (Or at least robustly vocalized a similar sentiment.) 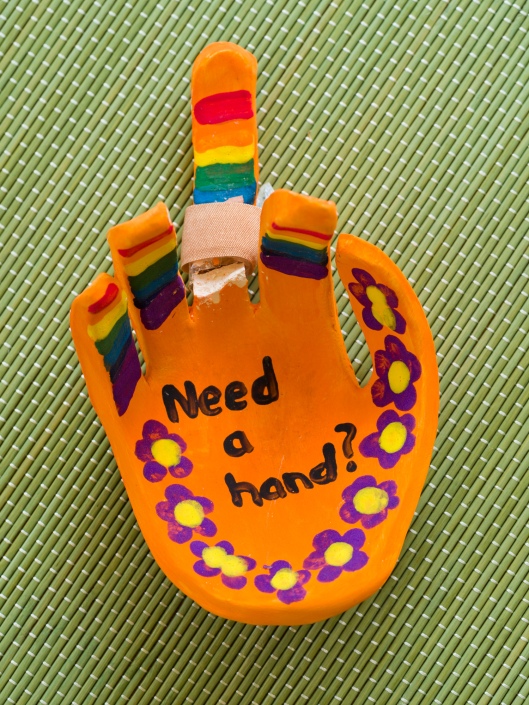