I had some time to kill recently when Lori was out grocery shopping.  What to do, what to do.  Then it hit me: Of course!  I’ll cut open an Eastern yellowjacket wasp nest.

A handy wasp nest was built under our deck this last summer so I carefully cut it away and then sliced it open with a bread knife.

These are amazing structures that are beautifully engineered.  The ball-shaped wall is multiple nested shells of paper with an entrance hole in the bottom.  The walls protect the interior from the elements.  The core of the nest consists of a suspended set of disk-shaped combs used to grow the pupae.  There’s enough room between the combs and around their sides for the wasps to move around and tend to their chores.  Each comb is suspended in the middle from the one above by a paper-like string wad.  This particular nest had four of these combs with the bottom one being the smallest.

The dozen or so wasps still in the nest were too sluggish from the cold to be a threat, giving me plenty of time to admire the extraordinary design and construction of the nest.  Then I chucked it into the woods. 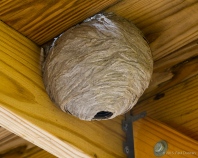 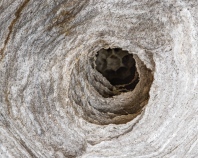 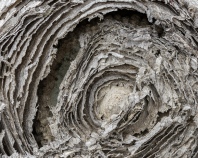 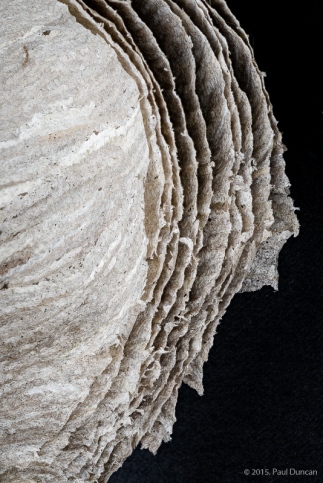 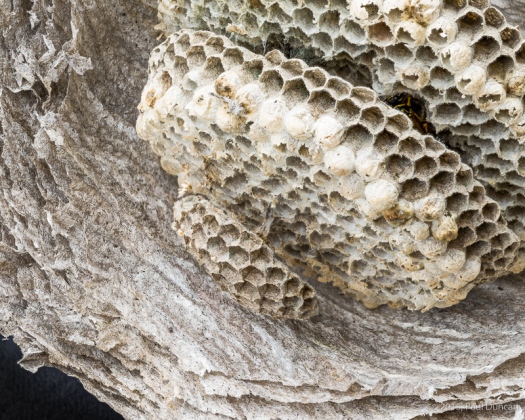